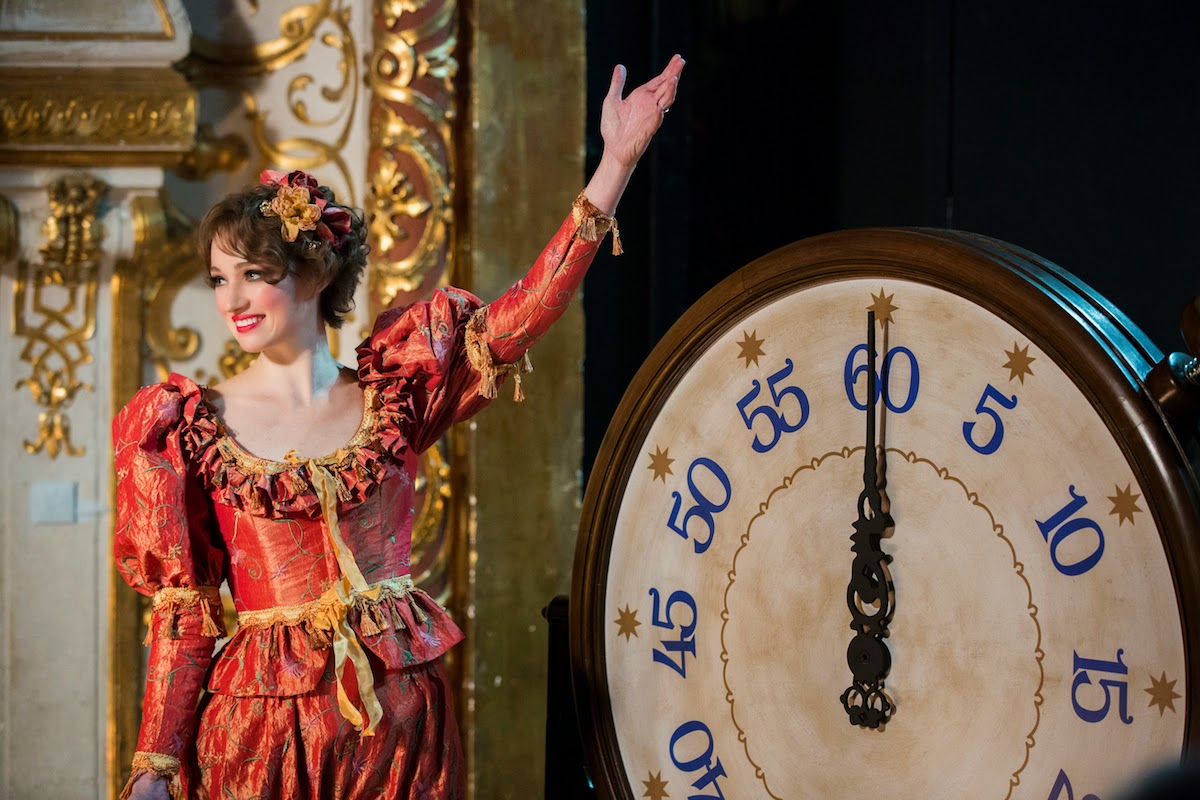 Yahoo TV has a terrific Q&A interview with Kristen Connolly who plays Bess in HISTORY's Houdini miniseries. When asked how she researched the role, Kristen gave a nice shout-out to our good friend Tom Interval and explained how he helped her unlock Bess:

Q. Did you jump into research on Bess Houdini when you signed on to the movie?

"I did. I'm really, really lucky, because what I started doing was just ordering these biographies, and they're like 600 pages long each. I was sort of slogging through slowly. But I have a dear friend, Michael Mitnick, who is a writer and a huge Houdini fan. He knows an incredible amount about the Houdinis. I've learned that there are a lot of people who are sort of obsessed with the Houdinis and know a lot about them.

Michael put me in touch with a man named Tom Interval, who is a magician based in California, and he is a Houdini expert. He put together this packet of information: all the most important things that you could find, extracted from all of these different sources. I can't even tell you how helpful it was. It was like 30 or 40 pages of material about Bess as a person: how she grew up, anecdotes that people told about her, her relationship with Harry, all kinds of things that were just unbelievably useful to me. I certainly could not have done all of that work in the time that I had without him."


Tom also taught her some magic, as she told Biography.com:

"I learned how to do something cool with cards. Tom Interval gave me all the information on that. He taught me one cool way to shuffle cards that looks fancy on film. I don't even know if it made it into the movie… Adrien really carried the bulk of the magic."

Kristen has also been extremely generous in mentioning me and our little home here in a few interviews, including a very good interview on Collider in which she states:

"One of the sources was John Cox, who has a blog called “Wild About Harry” that I hope people will go to and check out, after they see the movie. If anyone is interested in learning anything about Houdini, it’s a wealth of information that you won’t find in a book."


And in an Examiner interview she says:

"There's much less written about Bess than there is about Harry. But if you are so inclined, you can really dig and find it. I learned an enormous amount from [John]. He was able to tell me what was really substantiated, what was a bit controversial, what some people said but it's probably not true."


A very big thank you to Kristen for the kind words, and congrats to Tom for helping her find her inner Bess.

Houdini premieres Monday at 9/8c on HISTORY.
Written by John Cox at 7:59 AM