Here's another amazing piece of Houdiniana at auction August 23 at Potter & Potter. This is Bess Houdini's tailcoat which she wore onstage during the Houdinis first momentous tour of Europe. As the auction states, this is "perhaps the only costume worn by Beatrice or Harry Houdini ever offered for public sale." Here's the full description: 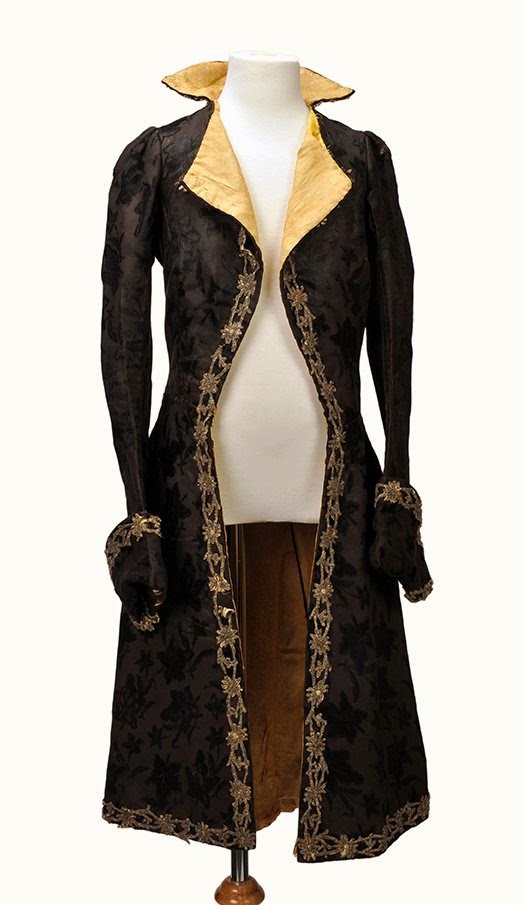 Lot 77. Beatrice Houdini’s embroidered tailcoat. Handsome embroidered tailcoat embellished with beadwork, lined with silk. Worn by Beatrice Houdini and later given to Katie Bard by Mrs. Houdini. Beaded trim at cuffs, collar, and along the entire exterior. 38” high. Many seams weak or separated and in need of repair, but overall condition is stable. Perhaps the only costume worn by Beatrice or Harry Houdini ever offered for public sale. Accompanied by a letter of provenance. On March 22, 1956, James Bard wrote to James Baldauf, “I have a bust of Houdini and a stage coat Mrs. Houdini used in the act, that I will sell. I am asking $10.00 for the two pieces, if you are interested let me know as I have an offer from a(?) fellow in R[eading].” In a second letter dated March 29, 1957, James Bard writes, “I am sending under separate cover…Bust and dress, hope it arrived O.K. My wife received dress from Mrs. Houdini some 30 years ago[.] Bust Houdini sent me some time before this. The dress is original Mrs. Houdini used in Houdini act in Europe.”
Estimate: $7,000 – $9,000
Starting Bid: $3,400
SOLD FOR $9,500


Now here's something a little extra. When I saw this, I knew it looked familiar. Check out this Christmas card that the Houdinis sent out in the early 1900s which appears in Houdini His Legend and His Magic by Doug Henning. Does that coat look familiar?