The first review of HISTORY's Houdini miniseries has been posted by The Hollywood Reporter, and it's largely positive. The trade paper singles out "exuberant and bulked-up" Adrien Brody and director Uli Edel for praise: 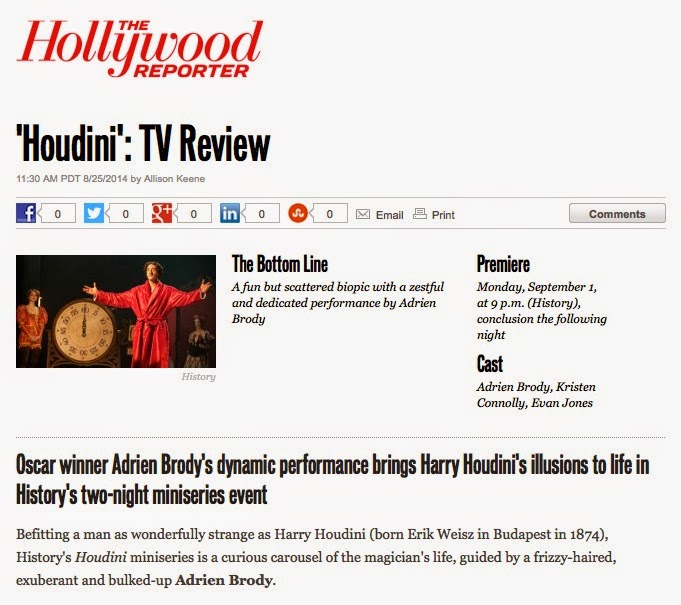 My current plan is to post my own extensive review on Wednesday, September 3 after the two parts of the miniseries have aired.
Written by John Cox at 12:44 PM