Houdini turned up on American Pickers on Wednesday (6/24) when Mike Wolfe and Frank Fritz visited the collection of a gentleman named Preston in Warm Springs, Georgia. 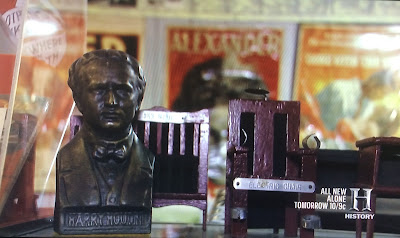 In his eclectic museum, Preston had a collection of magic and Houdini memorabilia. But what really drew Mike and Frank were a pair of leg-irons said to have belonged to Houdini. Preston has on display his documentation, which appear to be two framed letters from Hardeen. Mike also a noted a pair of "Australian Torture Thumbcuffs" in the collection. 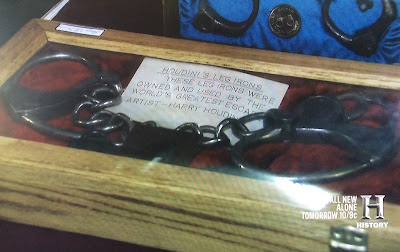 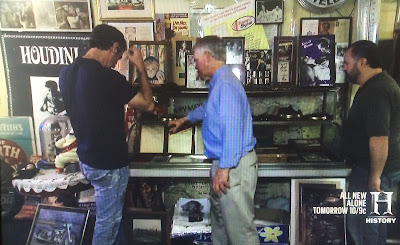 While the Pickers specifically have "Houdini items" on their list of wants, they did not attempt to buy the shackles from Preston. They instead admired the cuffs while several informational pop-ups about Houdini came on screen. A nice tribute, and the kind of tie-in I had expected to see last year when HISTORY aired the Houdini miniseries. But I guess you can never predict a pick!

Thanks to Joe Fox.