The King of Vaudeville

Here's a German poster for the 1953 classic Houdini with Tony Curtis and Janet Leigh. I've never seen this design before. The title translates to Houdini: The King of Vaudeville. That's an uncommon accolade, but apt! This image comes from Cinema.de. 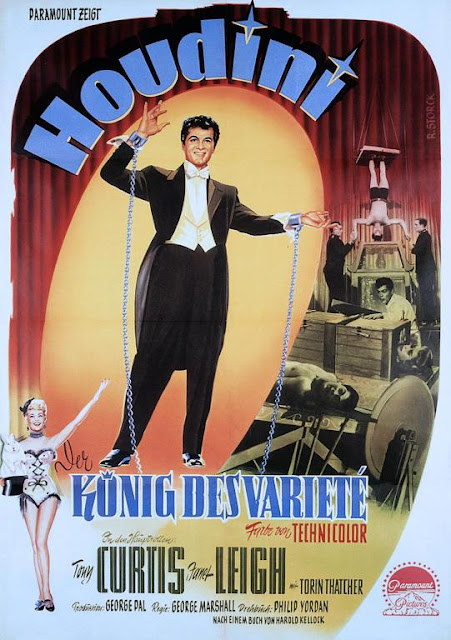 Houdini was released in West Germany on March 18, 1954. For an historical overview of the film, check out this post, which also includes the original U.S. trailer. I also have a dedicated Facebook page for this classic that inspired generations of young people (including myself) to study the art of magic and history of Houdini.