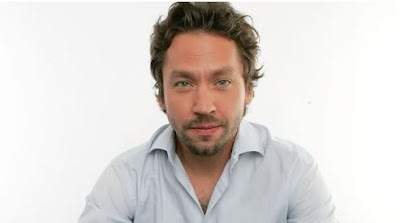 Today it was announced that Michael Weston has been cast as Houdini in the new series, Houdini & Doyle, set for broadcast in 2016. So what do we know about the man who is following in the footsteps of Curtis, Glaser, Keitel, Schaech, Pearce and Brody?

Michael Weston was born on October 25, 1973 in New York City as Michael Rubinstein. He's the son of actors Judi West and John Rubinstein, the grandson of piano virtuoso Arthur Rubinstein and the great-grandson of conductor Emil Młynarski, the founding conductor of Warsaw Philharmonic Orchestra.

When he was a teenager, Weston wanted to be a professional baseball player until he injured his arm. He then graduated from Northwestern University with a B.S. in theater arts. In 2000 he changed his name to Weston as there was already a Michael Rubinstein in the Screen Actors Guild.

The 41-year-old actor has worked extensively in American television, his best-known roles being the private detective Lucas Douglas on House, the homicidal meth addict Jake in the HBO drama Six Feet Under and Pvt. Dancer on Scrubs. House series creator David Shore (who is co-executive producing on Houdini & Doyle) planned a House a spin-off series with Weston's character as the lead in 2008, but the show never aired.

Houdini & Doyle appears to be the actor's first encounter with Houdini and the world of magic. I've already been told (warned?) that the new series is highly fictionalized, so Weston won't have to contend with the same kind of historical scrutiny we're given his predecessors (no Fact Checks necessary). However, he certainly appears to have passed the first test in that he's a good physical match for Houdini.

Houdini & Doyle also stars Stephen Mangan as Sir Arthur Conan Doyle and Rebecca Liddiard as Constable Adelaide Stratton. The series will air in 2016 on ITV Encore, Canada's Global TV, and on FOX in the U.S.