Houdini put in an appearance on the popular Spanish language dramatic series Gran Hotel (a.k.a. Grand Hotel) played by actor Jorge Bosch. The series, which originally aired 2011-2013, is now available on Netflix with English subtitles. The Houdini episode is Season 2, Episode 19, Part 33. Houdini appears doing the Water Torture Cell at 00:35:55. 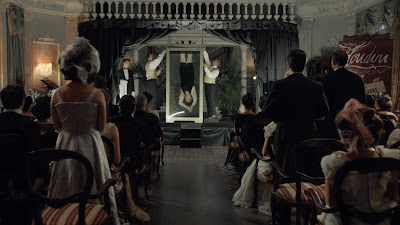 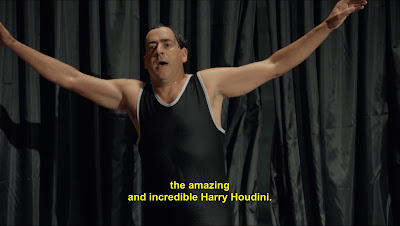 I'm not sure if this was Houdini's only appearance on the series.

Thanks to @janebabes on Twitter for the tip.
Written by John Cox at 9:41 PM