It's on! Michael Weston and Stephen Mangan are ‘Houdini & Doyle’

Houdini & Doyle is officially set for 2016 with Michael Weston as Houdini and Stephen Mangan and Sir Arthur Conan Doyle. Here is the full article from this morning's Variety: 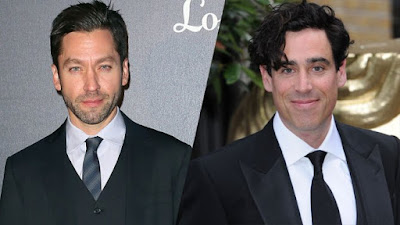 Fox is saying “abracadabra” to David Shore’s supernatural adventure series “Houdini & Doyle” with ten episodes set to debut next year on the network.

Michael Weston (“House,” “Six Feet Under”) and Stephen Mangan (“Episodes”) have nabbed the two title roles in the period drama, inspired by true events. Stephen Hopkins (“24,” “Californication”) has signed on as director.

Rounding out the cast, Rebecca Liddiard (“Man Seeking Woman”), has been set as Constable Adelaide Stratton, the first female constable ever to work for the London Metropolitan Police Force.

“I’ve long been intrigued by both Houdini and Doyle; men who were ahead of their time, each fascinating in their own right. But the idea that these two, seemingly so different, could have been friends is almost too perfect,” said exec producer Shore. “In Michael and Stephen, we have found two incredible actors that embody the intelligence, humor and mystique of these men who, even when viewed through the lens of history, are larger than life.”

Fox’s stateside premiere date has not been set, other than sometime in 2016, but the series will premiere on ITV Encore and Canada’s Global in spring 2016. Sony Pictures TV is the distributor.