Here is the impressive poster artwork for the new play Impossible starring Alan Cox as Houdini and Phill Jupitus as Sir Arthur Conan Doyle. The play will be performed exclusively at the Edinburgh Fringe 2015 at the Pleasance Dome, August 5-31. It is is one of several Houdini-themed events at the festival. 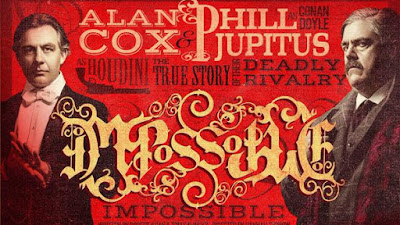 In 1920, Hungarian-American magician and escape artist Harry Houdini met celebrated British author Sir Arthur Conan Doyle for the first time. The two men quickly became close associates, however Houdini was troubled by his new friend's passion for mediumship and his fervent belief in life after death. When shown the mediums' miraculous feats, all Houdini could see were the kind of conjuring tricks with which he was all too familiar.

Directed by Hannah Eidinow and starring Phill Jupitus as Conan Doyle and Alan Cox as Houdini, Impossible, the new play by Robert Khan and Tom Salinsky (writers of 2012's Coalition and 2014's Kingmaker), tells the unlikely, extraordinary and true story of what happened next - a story of spiritualism and seances, friendship and feud, death and regret. 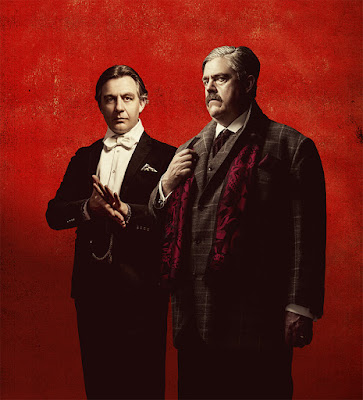