Houdini & Doyle to film in Manchester 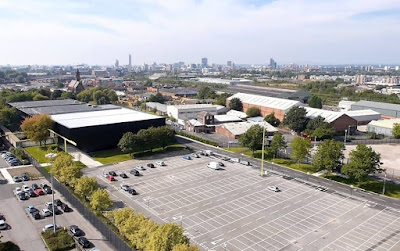 Prolific North reports that the new TV series Houdini & Doyle will shoot at the Space Project in Manchester, a 360,000 sq ft facility for large scale TV and film production in the UK. The team is taking two stages – Space 02 and Space 03 – as well as using production office zones. A spokesman said work would see them resident "until the back end of the year."

The drama will draw on what the production team claim to be historically documented instances of the Metropolitan Police turning to Houdini and Doyle to help tackle “unsolved and inexplicable crimes.”


Historically documented? I suspect what they mean is that Doyle worked with the police on at least one occasion (the case of George Edalji). As far as I know, Houdini was never brought into any kind of criminal investigation, inexplicable or otherwise. This is the first claim I've heard that the series will be based on any kind of fact. Until now, I've heard only that it would feature highly fictionalized adventures of the two men.