'Houdini' arrives down under, June 23 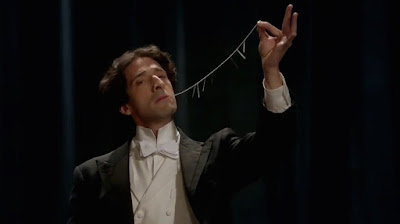 The Houdini miniseries is set to air in Australia on Tuesday, June 23 at 8:40pm on Seven. Part Two airs June 30 at 9:15pm. Evan Jones, who played Jim Collins in the miniseries, has been handling press for this airing. In an interview with The West Australian, Jones says:

"I didn’t really know that much about Houdini beforehand so when I got the role I went to The Magic Castle in Los Angeles and did a lot of research and it was crazy to find out what a big deal he is, like, literally the big deal of magic."