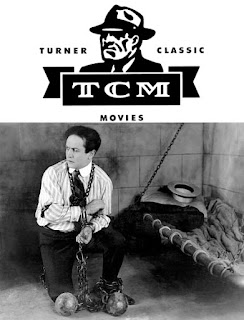 Theatrical distribution for TCM's restoration of Houdini's The Grim Game is now being handled by Park Circus, a company who arranges screenings of classic films on behalf of studios and owners. That means the movie is available to screen at any venue by making the proper arrangements.

The Grim Game is part of Park Circus rich collection of silent films, which also includes The Master Mystery. The distributor represents over 20,000 titles for screenings around the world.

You can enquire about screening The Grim Game by filling out a request form at the Park Circus website. License and other fees apply. The company currently offers the film as a DCP (Digital Cinema Package).

The Grim Game had its world premiere in Hollywood back in March. It will be shown on TCM later this year, but no air date has yet been announced. There is no news yet of a DVD release.

Upcoming screenings of The Grim Game are set for Scranton (June 13), Austin (July 19), and at the S.A.M. national convention in Philadelphia (July 1-4).