Haversat & Ewing Galleries auction this weekend of The Ed Hill Collection may have set new records for the sale of unsigned Houdini photographs. First and foremost is this terrific 3.5" x 2.5" shot of Houdini being put into a straitjacket. The auction estimate was $250-300. The final sale price was a whopping $3,890 (including 17% premium). 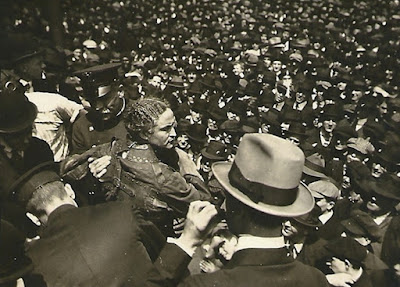 The only photo I can think of to rival this one recently was the group shot at Bessie's 35th birthday party, which sold for $4000 in last year's big Potter & Potter Houdini auction. But that photo had what appeared it be Bessie's handwriting on the back and was larger.

A production still from The Grim Game (this year's hot topic to be sure) blew past its 250-$300 estimate to land at $1,228. I'm thinking this could be a new record for a Grim Game still. 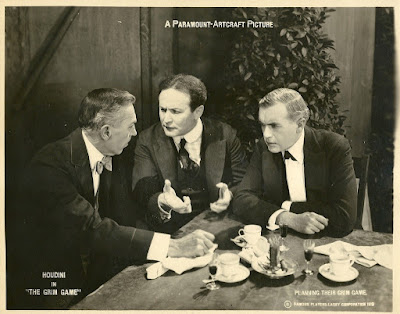 Congrats to Haversat & Ewing Galleries for another successful auction, and thank you for being supporters of WILD ABOUT HARRY.
Written by John Cox at 9:19 AM