Another 'Houdini & Doyle' audition on Vimeo

Another audition tape for the new TV series Houdini & Doyle has shown up on Vimeo. This time it's actress Natasha Wilson reading for the role of Adelaide. Click to watch it quickly before it gets pulled or put behind a pay wall like the last one. 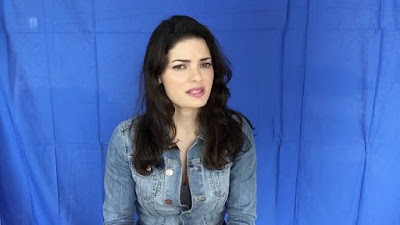 The two scenes read here, which are the same scenes read by actress Maddie Phillips in the last tape, don't give us much information about the series, although Houdini does get a mention. It appears the scenes are between Adelaide and Sir Arthur.

Houdini & Doyle will be a fictional series featuring Houdini and Sir Arthur Conan Doyle solving paranormal mysteries. It will air on FOX in the U.S., ITV in the UK, and Shaw Media in Canada. While no air-dates have been announced, co-producer Shaftesbury says "the series will be filmed in London and Canada Summer 2015 for broadcast in 2016."