Houdini, Lovecraft and Tesla in action

Houdini is a regular character in the ongoing comic book series Herald: Lovecraft & Tesla by John Reilly with art by Tom Rogers and Dexter Weeks. The title launched in 2015 and is now six issues in. Along with Houdini, the book also features Amelia Earhart, Aleister Crowley and Thomas Edison. Here's a look at a Houdini page. 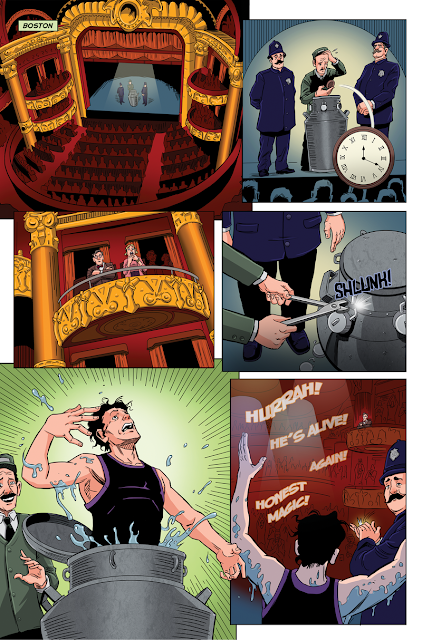 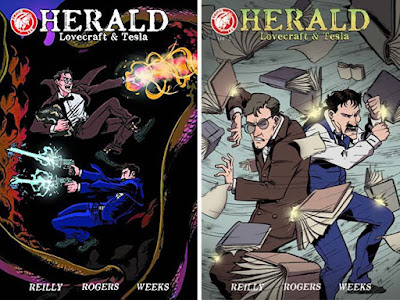