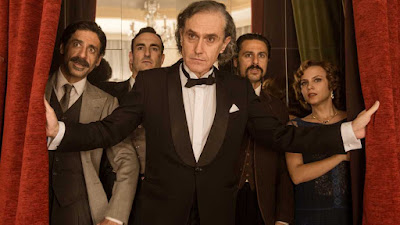 The episode, called Tiempo de magia ("Time Magic"), featured Joaquin Maria Argamasilla -- "the man with X-ray eyes" -- traveling to New York in 1924 to be tested by Houdini. Turns out Argamasilla is really a rogue agent of the Ministry of Time plotting to share the secret of time travel with the U.S. Government. Other agents are sent to stop him, which they do with the help of Houdini. As a reward, the Ministry allows Houdini to time travel back to Hungary to speak to his beloved deceased mother. 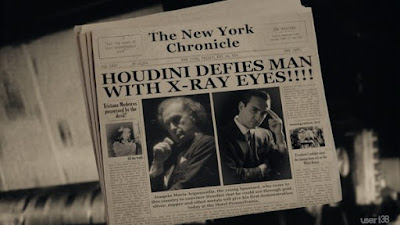 Houdini really did test Argamasilla in 1924. Houdini included his exposure of the Spaniard as a "bonus" in his pamphlet exposing the methods of Margery the Medium. If time travel was involved, Houdini kept that part a secret. 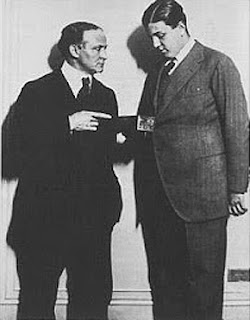 You can get more information (in Spanish) at the official El Ministerio del Tiempo website. A book about Argamasilla was released in Spain in 2014.

A big thanks to Francisco Javier Coronet López for the alert and series description.