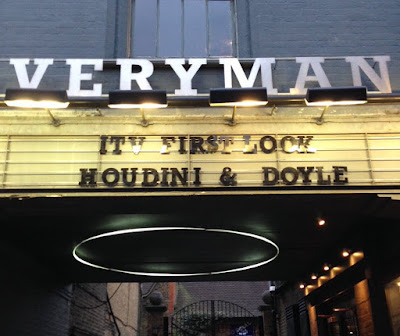 The first episode of the new series Houdini & Doyle premiered yesterday (Feb. 29) at Everyman Cinemas across London. The screening was hosted by ITV, who will air the series in the UK. It was followed by a Q&A with the show creators and stars.

I haven't yet seen a review online, but here a few on-the-spot reactions from Twitter: