FOX has released a new poster for the upcoming Houdini & Doyle. The 10-episode series starts May 2 on the network. The poster appeared on TVLine. 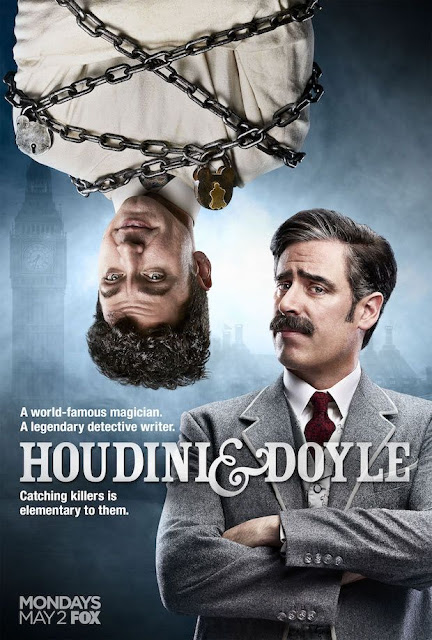 Houdini & Doyle stars Michael Weston as Houdini, Stephen Mangan as Sir Arthur Conan Doyle, and Rebecca Liddiard as Constable Adelaide Stratton. The series will debut this Sunday in the UK on ITV and ITV Encore.