Torture Cell and Milk Can displayed at Magic Live

Houdini's original (restored) Water Torture Cell and Milk Can were on display last week at Stan Allen's Magic Live! convention in Las Vegas. These come from the collection of David Copperfield. Also displayed were some of David's original Houdini lithographs. The photos below were taken by attendee Ondřej Pšenička. 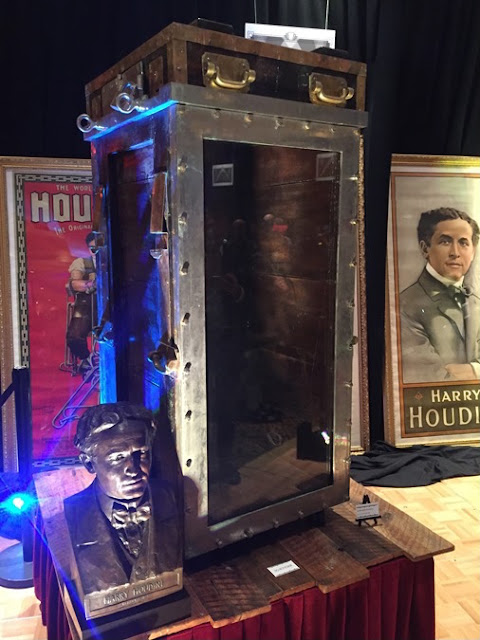 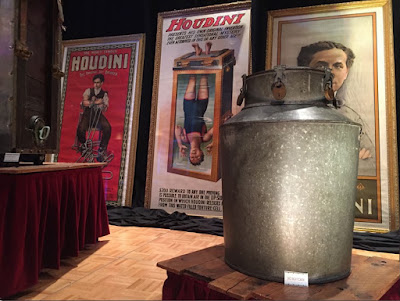 At this year's convention, Stan announced that he will be retiring MAGIC Magazine. The final 25 issues will be a combination of new and archival material and will be sold only as a subscription set called MAGIC Legacy. Over the years MAGIC has had some nice Houdini articles, so I'm sorry to see it go. I'm hoping among the legacy issues there might be one devoted to Houdini.

Thanks to Ondřej Pšenička and Mark Willoughby.