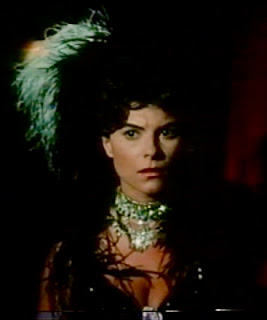 As Daisy White she's helped Paul Michael Glaser beat back the blues in The Great Houdinis ("Come to bed, Harry"), and now the 14th annual New York City Horror Film Festival will celebrate the career of Adrienne Barbeau this Saturday, November 12, with a Lifetime Achievement Award.

Of course, horror fans recognize her as the star of The Fog, Escape from New York, Swamp Thing and other films. But she'll always be Daisy to us! So far she is the only actress to have played the real-life temptress.

UPDATE: You can read a report on the event at Geeks of Doom.