A Regular Little Houdini movie in the works 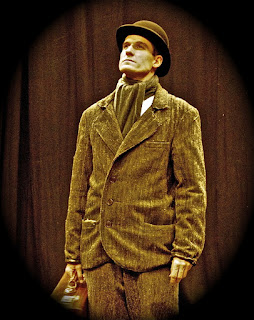 Actor and playwright Daniel Llewelyn-Willams tells the South Wales Argus that a movie version of his acclaimed one-man show A Regular Little Houdini is in the works.

Says Daniel: "We are in the early stages of pre-production on a feature film adaptation of the stage play with a very prominent London-based Independent Film Company who we cannot name yet until funding is secured. That is a long process but we anticipate production to begin after 2018."

A Regular Little Houdini is set in Newport in Wales and tells the coming of age story of a young boy who idolizes Houdini. Houdini himself appears in the story, which makes the notion of a film version all the more exciting.

I reviewed the play when it came to the Hollywood Fringe last summer. In my review I mentioned that I thought it would make an excellent film.

Current UK tour dates for A Regular Little Houdini can found at the official website.