Deadline Hollywood reports that Lionsgate is in talks with Daniel Trachtenberg about directing its long-in-development Houdini movie. Here's the report: 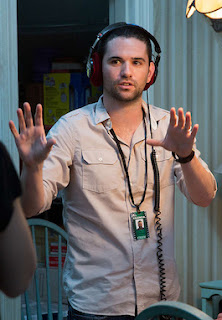 EXCLUSIVE: 10 Cloverfield Lane helmer Daniel Trachtenberg is in talks to direct Lionsgate’s film about master illusionist Harry Houdini. This is the film that seemed to pull a vanishing act after reports that Johnny Depp was going to star and Dean Parisot direct. That went by the wayside in a puff of smoke, but I’ve confirmed that Trachtenberg is negotiating to take on a project based on the William Kalush and Larry Sloman’s book The Secret Life of Houdini: The Making of America’s First Superhero. The film has all the elements for a prestige project. The script is by Noah Oppenheim, who won the scripting prize at the Venice Film Festival earlier this fall. And it’s being produced by Frank Marshall and American Beauty’s Bruce Cohen. Houdini is depicted here not just as the master of magic, but as an adventurer and investigator of the occult. Trachtenberg is repped by ICM Partners and Oasis Media Group.


Lionsgate's Houdini movie has been in the works since 2009 and has seen several writers, directors, and even actors come and go. He's hoping this time something will come of this. 10 Cloverfield Lane was one of my favorite movies of the year, so I'm all for this choice.