Photos from The Official Houdini Séance 2016

Here are some photos from the Official Houdini Séance 2016, which this year was held at the Oriental Theater in Milwaukee. Looks like another great event, even if Houdini decided to once again stay away. 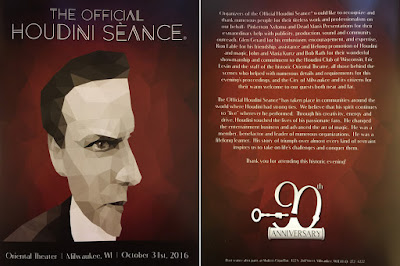 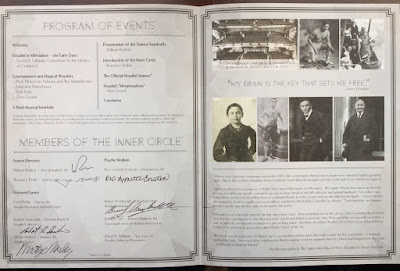 Keep an eye on David Saltman's The Houdini File for more about the discoveries he shared at the show. The Official Houdini Séance takes place annually in cities and communities around the world where Houdini had strong ties.

Thanks to Bill Radner and Robert Somerdin for the pics.