In October/November 1994, Houdini appeared in the popular Image comic book SPAWN. The story by Tom Orzechowski and Andrew Grossberg was called "Showtime" and spanned (spawned?) two issues, #19 and #20. Houdini appeared on the cover of the November issue (below). 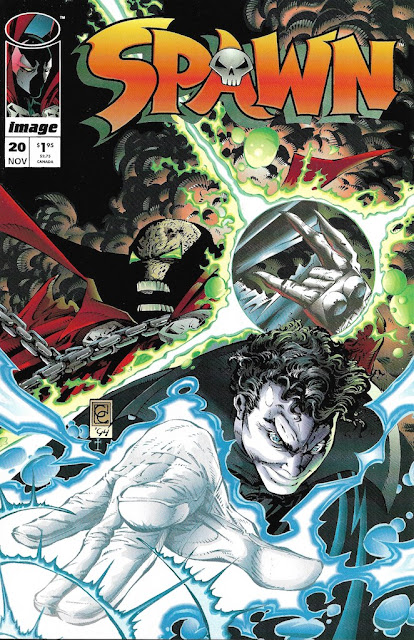 Houdini is featured here as a trans-dimensional time-traveller. Writer Tom Orzechowski explained how the magician came to be part of the story:

"Who would commute between our reality and other dimensions? And who would hold Spawn's attention, be respected by him without hesitation? We wanted the story to hit the ground running, so we felt it best to work around a real-world personality. At the top of our short list: Harry Houdini. Aggressive. Brash. A man who continually cheated death. He'd be quite a counterpoint to the hesitant, reactive character Spawn was in his early days."


The Houdini character proved popular enough that Image allowed Orzechowski and Grossberg to spin him off into his own 4-issue mini-series called Daring Escapes. I'll take a look at those in an upcoming post.

Below are links to more adventures of Houdini in the comic realm.