Houdini will appear on 'Timeless'

TV Line reports that Houdini will play a role in episode 10 of Timeless, the NBC series about a team of time travelers who protect the present in the past. The episode is set during the 1893 Chicago World's Fair and will also feature serial killer H.H. Holmes. Michael Drayer will play Houdini. 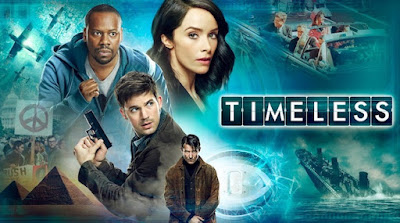 The series has their history right. The young Houdini did perform at the 1893 Chicago's Worlds Fair with Jacob Hyman as The Brothers Houdini. It was also here that he struck up a friendship with a fellow struggling magician, Howard Thurston. It will be fun to see how they portray the novice Houdini.

Interestingly, Wikipedia says that Sony and NBC Universal are being sued by Onza Entertainment who claim the concept for Timeless is based on the Spanish series, El Ministerio del Tiempo. That series aired their own Houdini episode in March.

No air-date has yet been announced, but as long as the series keeps to its current Monday night at 10/9c schedule, the Houdini episode will air on December 12.

UPDATE: The Houdini episode will NOT be episode 10 as reported by TV Line. Don't know the episode or air-date just yet, but I will let you know as soon as I do.