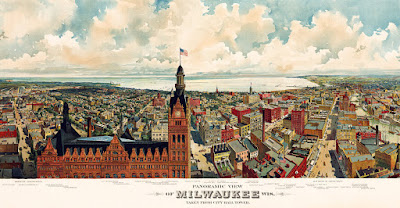 Our friend David Saltman is sharing on his blog The Houdini File information he recently uncovered and revealed at the Official Houdini Seance 2016. These are fascinating new facts about the years the Weiss family lived in Milwaukee, which according to Houdini, were years best forgotten.

Most amazingly, David has uncovered an official copy of the rabbinical ordination credential for Rabbi Weiss, issued in 1852 when he was about 21 years old. David found it in an uncatalogued stack of old papers in the vaults of the Milwaukee County Historical Society. Its existence was unknown to Houdini historians and shows us that Mayer Samuel became a Rabbi much earlier that previously thought.

David has also tracked down the various addresses where the Weiss family lived and provides period photos showing what kinds of conditions they were living in at the time.

But instead of me telling you all this, head on over to The Houdini File and have a read for yourselves. Below are links to all of David's stories thus far. I will add more as he posts.