David Jaher on The Witch of Lime Street movie

Word and Film has an interesting interview with David Jaher, author of The Witch of Lime Street: Séance, Seduction, and Houdini in the Spirit World. In December it was announced that STX has acquired the movie rights and David would be writing the screenplay himself. In this Q&A, David gives a taste of what to expect from the movie version of his work.

"Though Margery's séances could be ghoulish and frightening, this movie is a psychological thriller, with a strong historical and scientific backdrop. It's not a horror film, though it is about the supernatural. I would say that I envision it as dramatic more than spooky. But those people with a taste for the latter will not be disappointed."


Click below to read the entire interview at Word and Film. 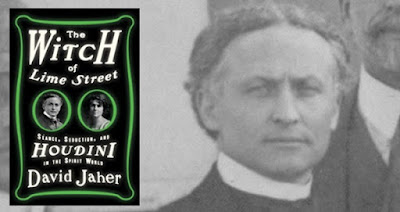