My good friend Matthew Bradford, who writes the excellent spy blog Double O Section, gave me a terrific New Year's surprise. He sent a text saying he was spending New Year's Eve in historic Valatie, New York, where Houdini filmed scenes from Haldane of the Secret Service. But I had never heard of such a location!

The new day he provided these pics. This is where Houdini filmed Haldane's climatic water wheel stunt at what is known as Beaver Falls. There's even a sign. 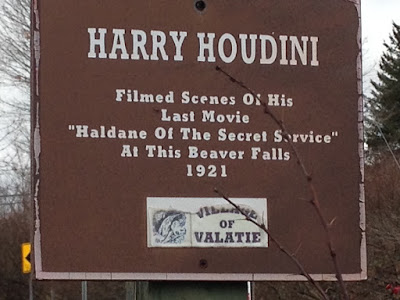 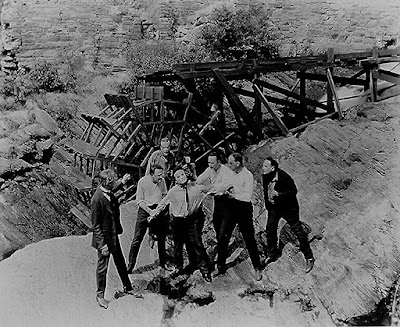 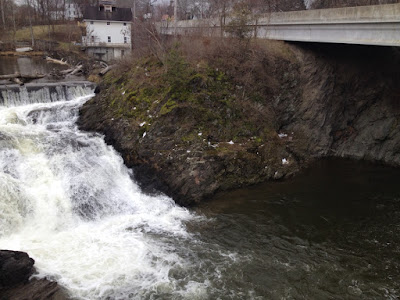 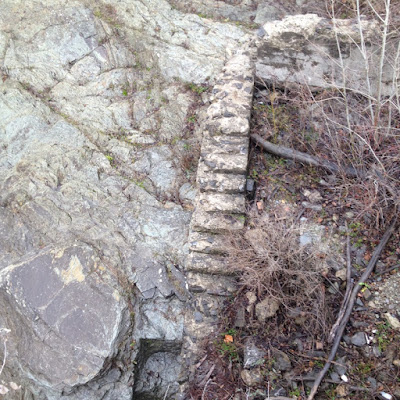 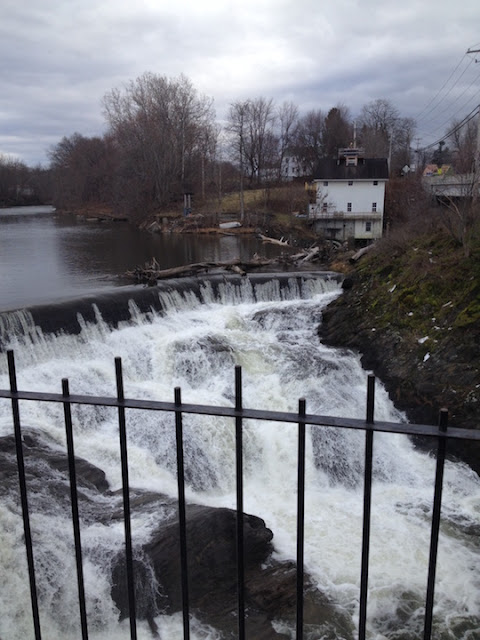 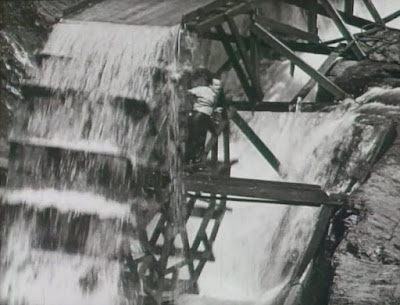 Valatie is located in the center of the town of Kinderhook in northern Columbia County. It is part of the Hudson Valley region of New York State and is 21 miles south of Albany. The official Valatie website does include a mention of their Houdini connection:

Beaver Cotton Mill Overlook. The overlook has a good view of the Kinderhook Creek and Beaver Pond and Falls. It is built on the site of the famed Cotton Mill, which was destroyed by fire during the blizzard of 1888. Harry Houdini filmed scenes of his last movie, “Haldane of the Secret Service” in 1921, at the base of the Falls.


Thank you, Matt! For all things espionage and spy-related in popular culture, be sure and check out Double O Section. Matt says he will be devoting an upcoming post to 'Haldane of the Secret Service' which, after all, is a spy movie.

UPDATE: Having closely examined the film and the photos, I now believe the water wheel was set up on the far left side of the falls in a narrow gully that is today largely filled in with water. Interestingly, in the photo composite below you can see what appears to be a single piece of wood exactly where I think the water wheel once stood. In fact, it almost looks like it could be the same piece of wood you see supporting the wheel in the composite photo from the film (click photos to enlarge). Now that would be wild! 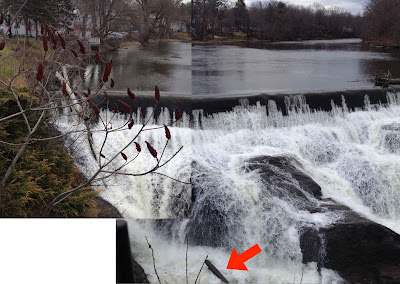 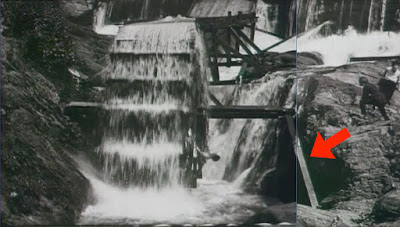