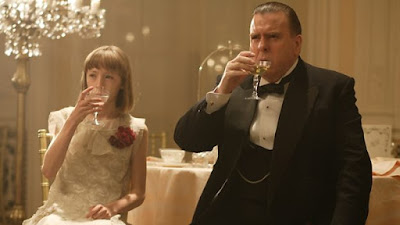 Saoirse Ronan, who played Benji in the 2008 Houdini movie Death Defying Acts, has been nominated for a Academy Award for Best Actress for her performance in Brooklyn. This is her second Oscar nomination.

In Death Defying Acts, Saoirse plays the young daughter of Mary McGarvie (Catherine Zeta-Jones), a Scottish psychic who has an affair with Houdini (Guy Pearce) in Edinburgh in 1926. The story is entirely fictional, but it's a decent film with strong production values and Saoirse is especially good as Benji.

But Saoirse isn't the only Houdini movie alumnus to be nominatde for an Oscar this year. Mark Ruffalo, who played Theo Hardeen in TNT's Houdini (1998), is nominated for Best Actor in a Supporting Role for Spotlight.

The 88th Academy Awards will take place on February 28, 2016. Death Defying Acts is available on DVD.