Six Degrees of Kevin Bacon is a game in which one tries to link actor Kevin Bacon to any other actor in six steps or less. Calculating Bacon numbers is an "easter egg" feature on Google. Just type in "Bacon number" plus an actor's name to get a result. Here's what currently comes up for Houdini:

However, there is a legitimate way to use Lila Lee to link to Houdini to Kevin Bacon in 4 steps:


Back in 2012, iTricks reported that Houdini's Bacon number was 4 using actor Arthur Hoyt as the link. Joe Notaro at HHCE showed how you could also link in 4 steps through actor Tully Marshall. But I like using Lila. Houdini seems to like it too. 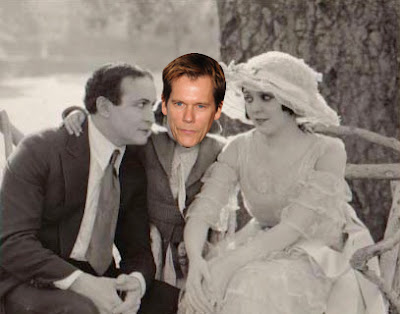 I'm not sure how one goes about correcting a Bacon number on Google. But I'd still like to find a way to do the link in 3 steps. Anyone care to try?