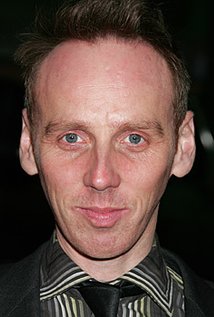 How does Doyle's fictional creation fit into the series? My guess is it might be a man who just thinks he's Holmes. Or maybe he'll be some sort of a visual dramatization of Doyle's imagination. But Bremner is an established actor (you might remember him from Trainspotting), so it could be his Holmes will be the focus of the episode, which is called "Bedlam."

Houdini & Doyle stars Michael Weston as Houdini and Stephen Mangan as Sir Arthur Conan Doyle. It will air on ITV Encore (UK), Global TV (Canada), and FOX (U.S.). No air dates have yet been announced.