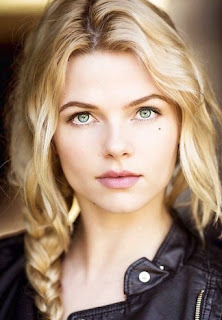 So far there is no indication that Bess Houdini will be in the new television series Houdini & Doyle. However, it appears Harry will have a woman in his life -- "Florrie" played by actress and model Jerry-Jane Pears.

Florrie is Houdini's assistant. It is she we see breaking the glass of the Water Torture Cell in the ITV trailer. It may also be Florrie who we later see massaging Matt Weston's Houdini, so she might be more than just his assistant. At the moment, IMDb lists Florrie as appearing in two episodes.

Of course, I don't think I need to point out that there was never a "Florrie" in real life. During his first UK tour, which is when Houdini & Doyle is set, Bess was the only woman who shared the stage with Harry, and for the bulk of his career Houdini used male assistants who worked as the "axe handlers" during his escapes. It wasn't until the final years of his life and his full evening show that Houdini employed female stage assistants, such as Dorothy Young.

Houdini & Doyle stars Michael Weston as Houdini and Stephen Mangan as Sir Arthur Conan Doyle. The 10-episode series is due to air on FOX in the U.S. in Spring 2016. It will also air on ITV Encore in the UK and Global TV in Canada.

UPDATE: Here's a photo of Jerry-Jane Pears in costume and in action as Florrie. 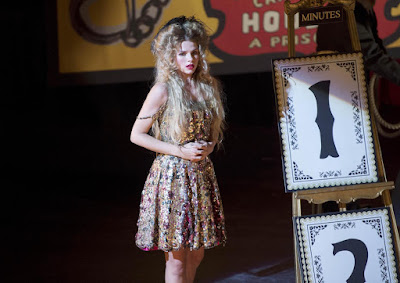