Gillian Armstrong, who directed the 2008 Houdini film Death Defying Acts with Guy Pearce and Catherine Zeta-Jones, has received some press lately for her criticism that movie studios are run by "12-year-old executives." 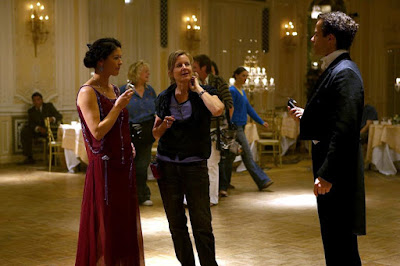 Death Defying Acts, which was British-Australian co-production distributed by the Weinstein Company in the U.S., was Armstrong's last feature film. She now makes documentaries in her native Australia.

"What's happened to drama in the last 12 years, is that all the drama writers have left the feature industry and gone to TV and [are] writing for HBO, Showtime and Netflix," Armstrong says. "The sort of films I like to make, human dramas, the last 12 years... the scripts are all rubbish. They are all nothing. They're empty, they're formula, they're nothing."

Armstrong also complains that movie executives interfere with the creative side of a production, and this was an issue on her Houdini film.

"I had a lot of battles on the last one, Death Defying Acts. The co-production thing is quite damaging to the industry and I had something like five producers in three different countries all fighting with each other. It made it hard focusing on making the movie wonderful."

Can't say I disagree with her! But despite her struggles, I still think she turned out a quality film with Death Defying Acts.

You can read the full article at The Sunday Morning Herald. Death Defying Acts is available on DVD from Amazon.