Here's a nice companion to my recent post about Houdini in Texas. The blog Hometown by Handlebar has a very well researched piece about Houdini's 1916 appearance in Fort Worth. It includes newspaper clippings about Houdini's suspended straitjacket escape from the Star-Telegram building, including the clipping below. There you see a great shot of Houdini testing his scaffolding ropes. I had never seen one of these "test" shots before, and now suddenly we get two in the same month (the other being in Christine U'Ren's recent look at Houdini in San Francisco). 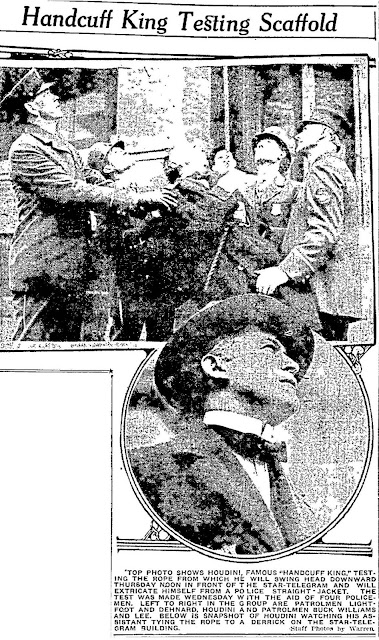 Click on the headline to have a read at Hometown by Handlebar.