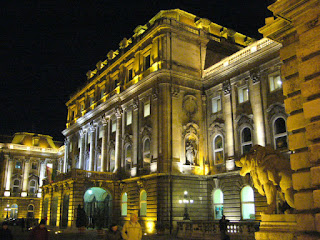 Escape artist David Merlini is working with the National Széchényi Library in Budapest on a large Houdini exhibition set to open January 27, 2016. As with David's recent "Houdini in Milano" exhibition, the display will include authentic Houdini memorabilia along with props from the 2014 Houdini miniseries (which was shot entirely in Budapest).

The exhibition will be on display at the National Széchényi Library for one month, January 27 to February 27. The collection will then move to an exciting new permanent location... More details on that soon!