Kristen Connolly has been nominated for a WIN Award as Best Actress for her portrayal of Bess Houdini in the 2014 Houdini miniseries. The WIN (Women Image Network) Awards encourage influential artists to advance opportunities for women by creating dimensional female media images. 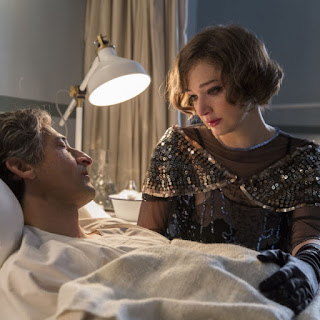 Kristen gave a great performance as Bess. Her death bed scene opposite Adrien Brody is a highlight of the film. Kristen also went the extra mile by doing outside research. She even pushed back against the filmmakers when they wanted to make Bess Irish!

Kristen isn't the only Houdini film alumnus to be nominated for a WIN Award. Saoirse Ronan, who played Benji in the 2008 movie Death Defying Acts with Guy Pearce, is nominated for Best Actress in a film (Brooklyn).

The 17th Annual WIN Awards will be held February 10, 2016. For more information check out the official website.