This was an exciting week on eBay. A small treasure trove of never-before-seen rarities from Houdini's first European tour appeared from a seller who recently sold a rare German Houdini item. These were sent by Houdini to magician C.C. Dunbar in Boston and appear to have been taken from a scrapbook. These items have never before been offered for sale and are stunners! Here's a rundown: 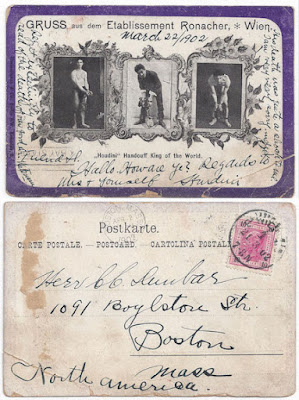 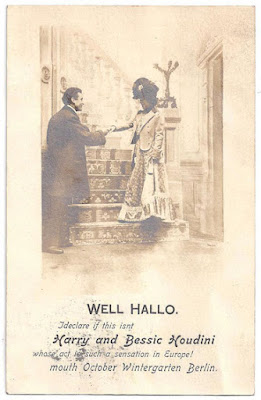 This German postcard card might have been my favorite item of the batch. "Well Hallo" from "Harry and Bessic Houdini" with a rarely seen image of the Houdinis. It sold for $2,276.56 with 37 bids. 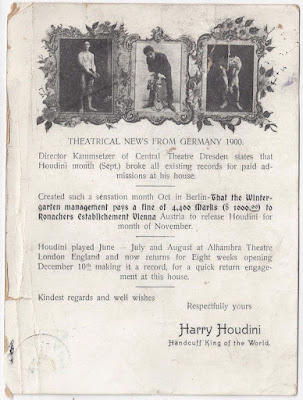 A terrific press release on a postcard with "Theatrical News From Germany, 1900." The back is addressed to Dunbar by Houdini. Sold for $1,875.00 with 28 bids. 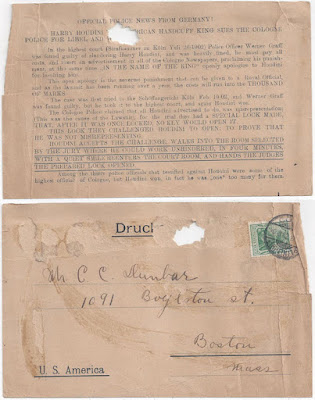 
Another rarity from Germany, this postcard details Houdini's famous slander trail in Cologne. One would assume that Houdini printed hundreds of these and sent them far and wide. However, this is the only one I've ever seen. This was the "deal" of the bunch at $578.00 with 13 bids. 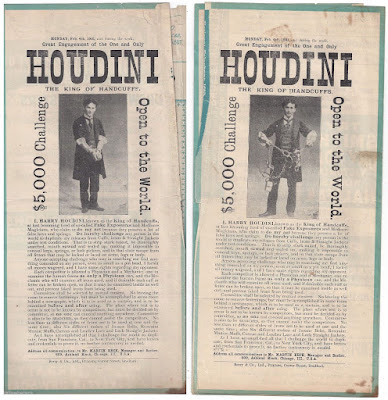 Exciting to see so many unknown Houdini rarities appear on eBay. It's a shame that many of them appear to have suffered damage while being removed from the scrapbook.