Last night I got a hot tip from Joe Fox that there was a Houdini billboard at 3655 Cahuenga Blvd above Miceli's restaurant in Universal City. I jumped in my car and grabbed these shots as the sun was going down. This is my first sighting of a Houdini billboard in L.A. Fittingly, it's on the road to the Magic Castle in Hollywood. 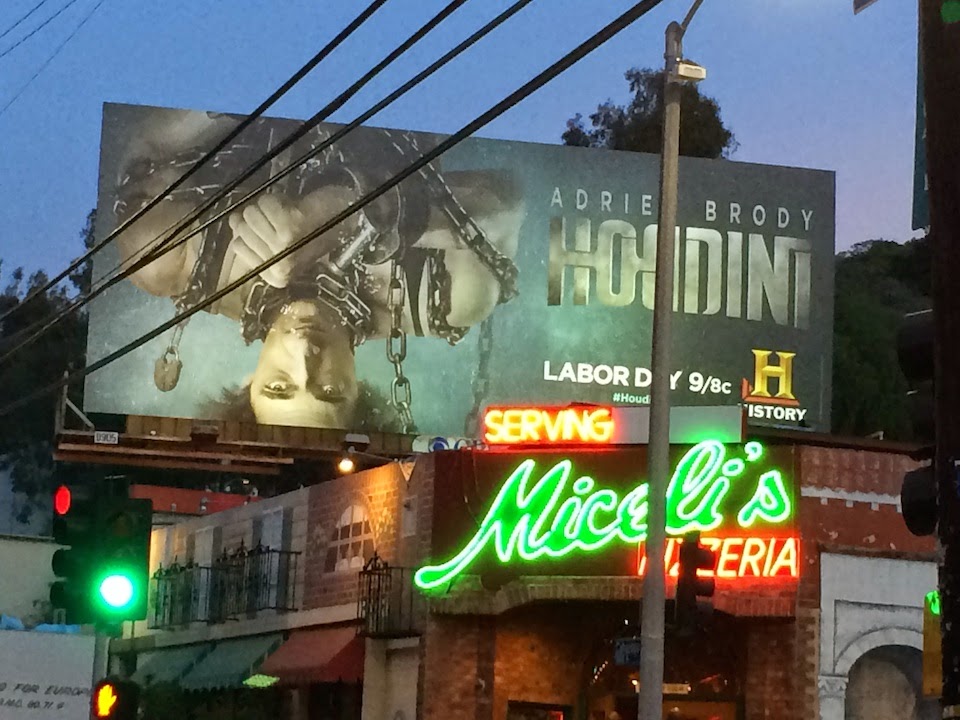 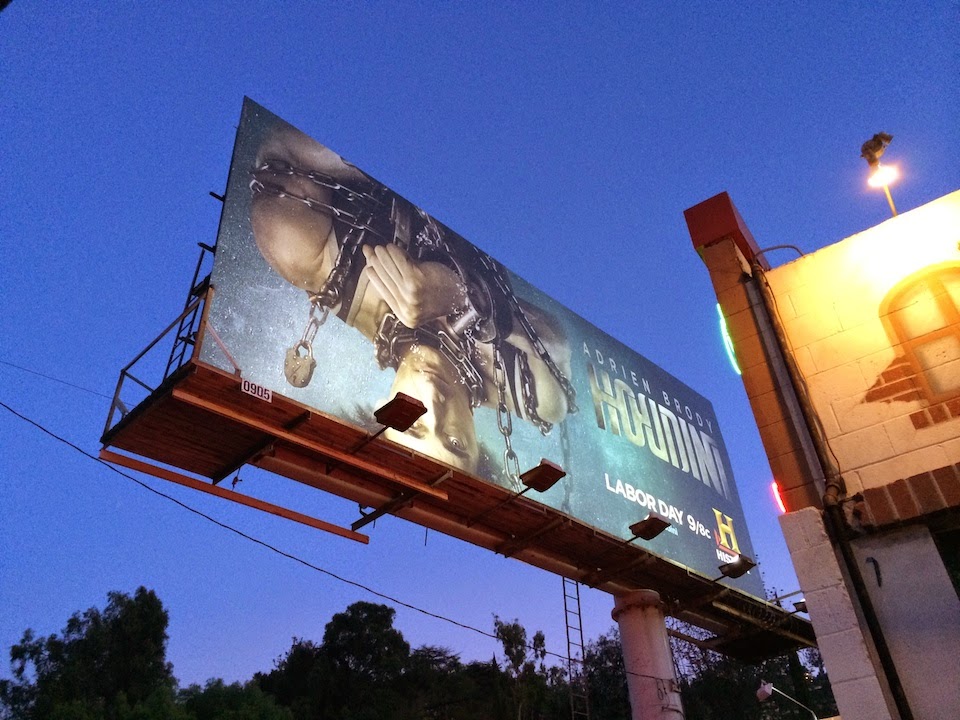 I'm actually surprised that I haven't seen more Houdini billboard and bus stop ads like this. When HISTORY aired Bonnie and Clyde, I saw street ads everywhere. But I guess when you have stars like Adrien Brody and Kristen Connolly, the amount of free media (interviews, etc) is what you count on instead of street advertising. It's certainly been the case that Houdini has received a lot of attention in the press.