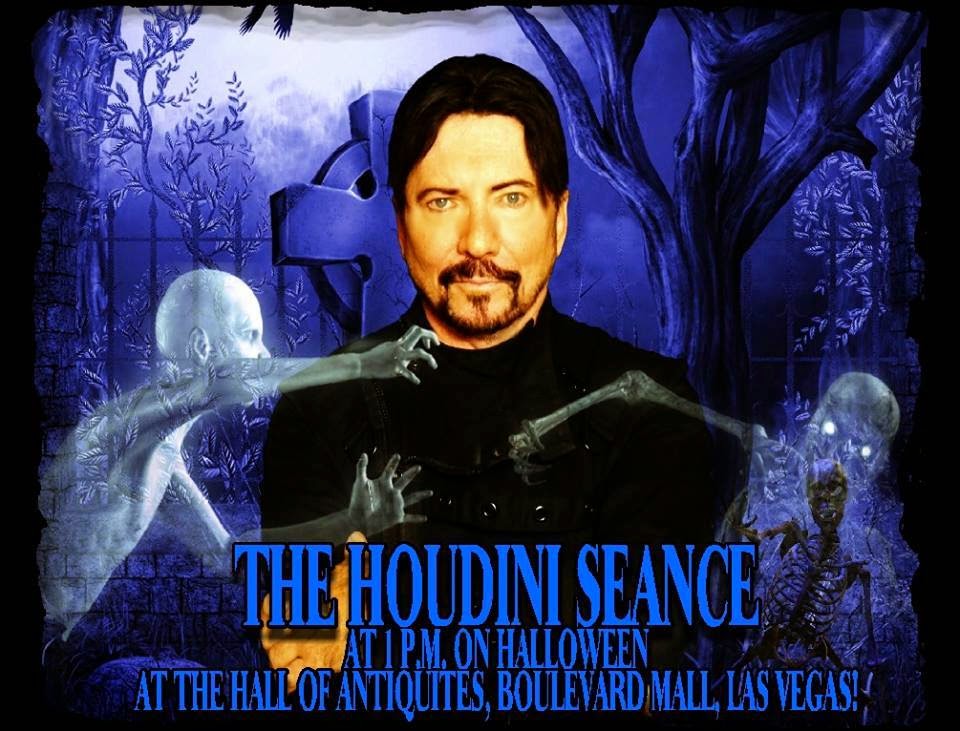 Magician and escape artist Dixie Dooley will hold his 29th Annual Houdini Seance inside The Hall of Antiquities in Las Vegas on Halloween at 1 p.m. Dixie will have on display some original Houdini items and will also demonstrate tricks of fraudulent mediums. (If you've never heard the amazing story of how Dixie acquired his Houdini treasures from 278, check out his book Houdini-Question Reality.)

Among the attendees this year will be Charlotte Pendragon, who for many years performed one of the finest and fastest versions of Metamorphosis as part of The Pendragons.

The seance is free and open to the press and public. The Hall Of Antiquities is located in the Boulevard Mall, 3528 S Maryland Pkwy, Las Vegas, NV. For more information check out the official Facebook page.

So we have the Annual, the Official, the Original, the Final, and the World Famous. The only question now: Which seance will Houdini attend?
Written by John Cox at 5:25 PM