Halloween scene makes it into the 'Houdini' extended edition DVD

October 31, 2013 was not only the 87th anniversary of Houdini's death, but it was also the 14th day of production on the Houdini miniseries in Budapest. Before filming that day, the cast and crew held a minute of silence in honor of Houdini. This was proposed by technical advisor David Merlini and embraced by director Uli Edel.

The scene shot that day featured Adrien Brody's Houdini trying to escape from his first straitjacket in a London hotel room in 1905 [wildly inaccurate, I know, but we've been through all that]. The scene also features Kristen Connolly in her most authentic Bess hair and costume. Unfortunately, when the series aired in the U.S., this entire scene was relegated to just a few black and white flashbacks during Houdini's suspended jacket escape in San Francisco. 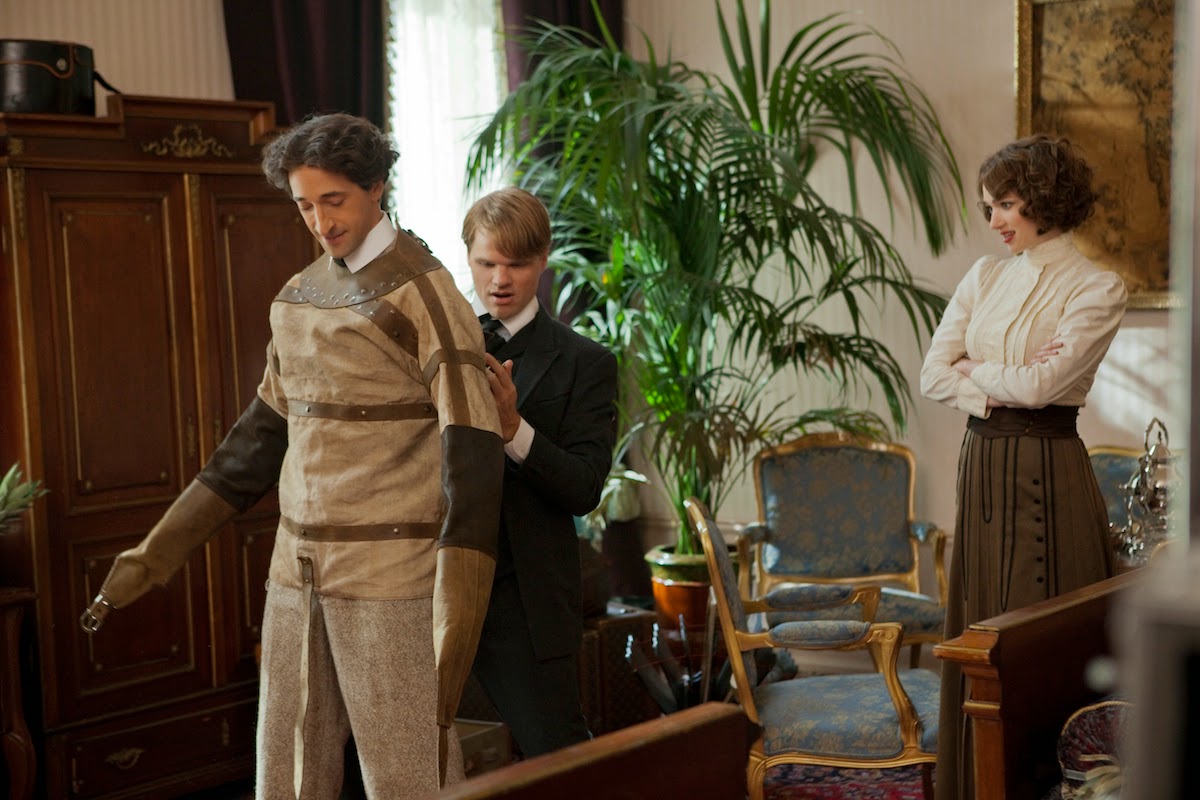 I'm happy to report that the full scene does appear in the extended edition Houdini DVD and Blu-ray released on October 7. However, the scene is now set in Houdini's home in New York. But listen closely and you'll still hear a reference to Harrods, the famous London department store (apparently Harrods sells straitjackets?).

It's great to have this Halloween Houdini tribute scene back in the film as planned. Just another reason the extended edition -- or what screenwriter Nicholas Meyer calls the "Lionsgate version" -- is the only version of Houdini to watch. In fact, I will be posting a re-review of this extended version soon.

Purchase Houdini on DVD and Blu-ray at Amazon.