Yesterday the New York Daily News ran a nice article about the Houdini grave restoration project to be undertaken by the Society of American Magicians and Dorothy Dietrich and Dick Brookz of the Houdini Museum in Scranton. Even though you can read the online version HERE (and also watch a video of S.A.M. President Kenrick "Ice" McDonald at the gravesite), there's still just something satisfying about seeing Houdini in newsprint. 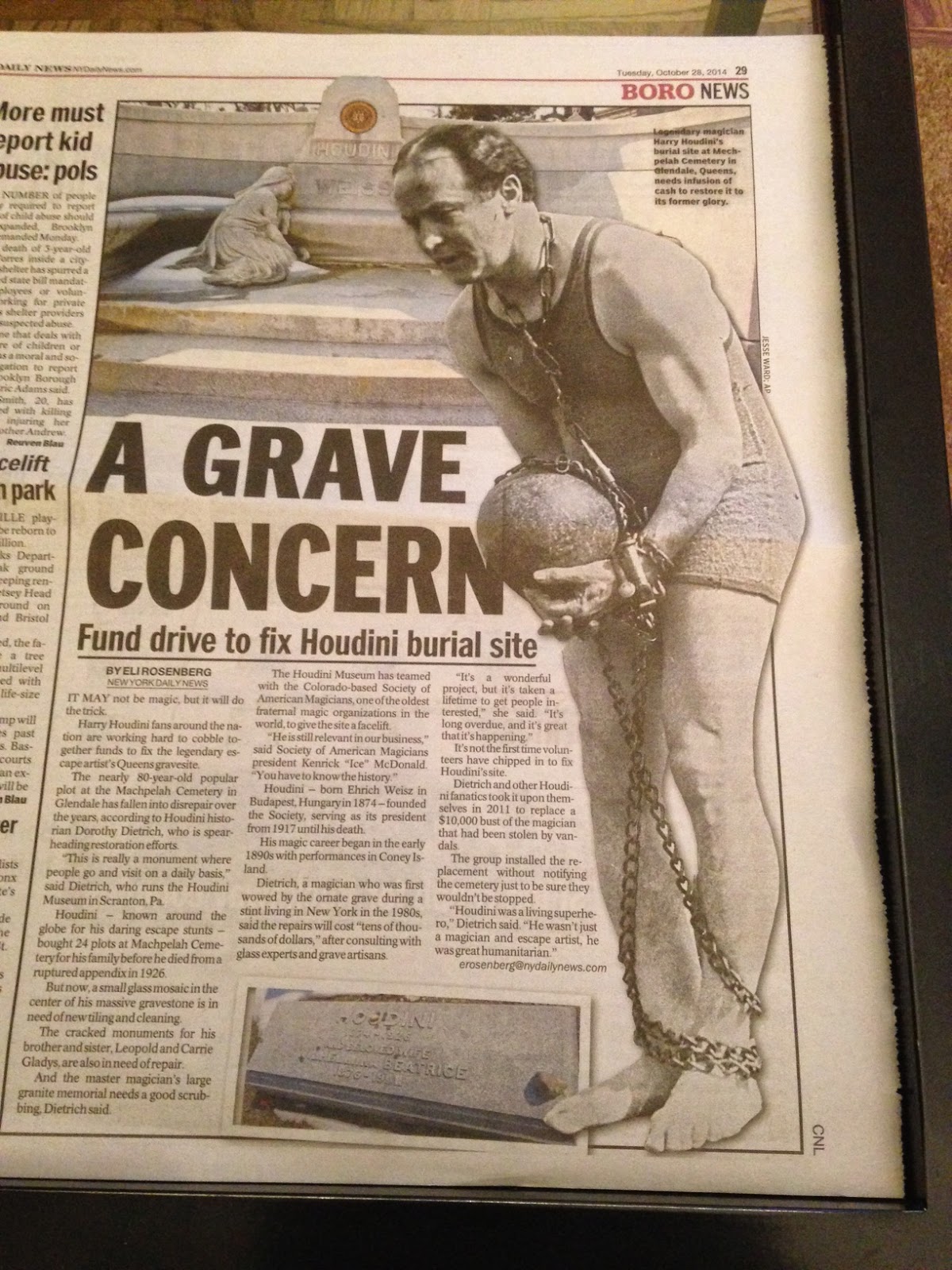 "When I pass on, I would rather have one line in the press than a one-hundred dollar wreath."


Thanks to Dorothy and Dick at the Houdini Museum for the alert and this image.