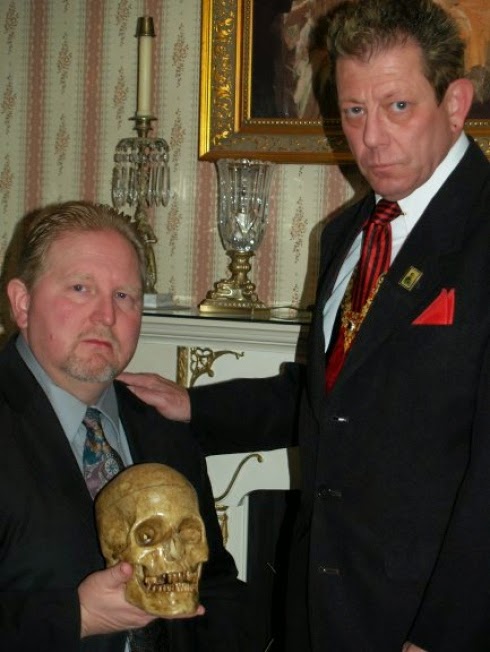 The Times-Tribune reports that Damian the Magician is remounting his original theatrical production of The Final Houdini Seance at the Olde Brick Theatre in North Scranton, PA. The show originally ran for five years at Scranton Cultural Center at The Masonic Temple in 2001.

"We’re calling this the next incarnation," Damian said.

Damian wrote the show as a way to combine his love for magic, theater, psychic investigation and Harry Houdini, whose life Damian has been studying since he was 8-1/2 years old.

"I liked that his life was so exciting," Damian said. "I found he was a man who had a tremendous sense of moral decency. ... This is a guy who not only talked the talk, he walked the walk."

The show takes its inspiration from the seances Houdini’s widow held in the years following his death in an effort to communicate with her husband in the beyond.

"The second people hit the door, the proceedings begin," Damian said. "People do not watch it, they’re in it. Things happen to them. Some people will get marks on their hands, or messages from deceased loved ones."

The show starts tomorrow, October 4, and runs through November 8. Tickets are $30 and reservations must be made in advance by calling the Olde Brick box office at 570-209-7766.