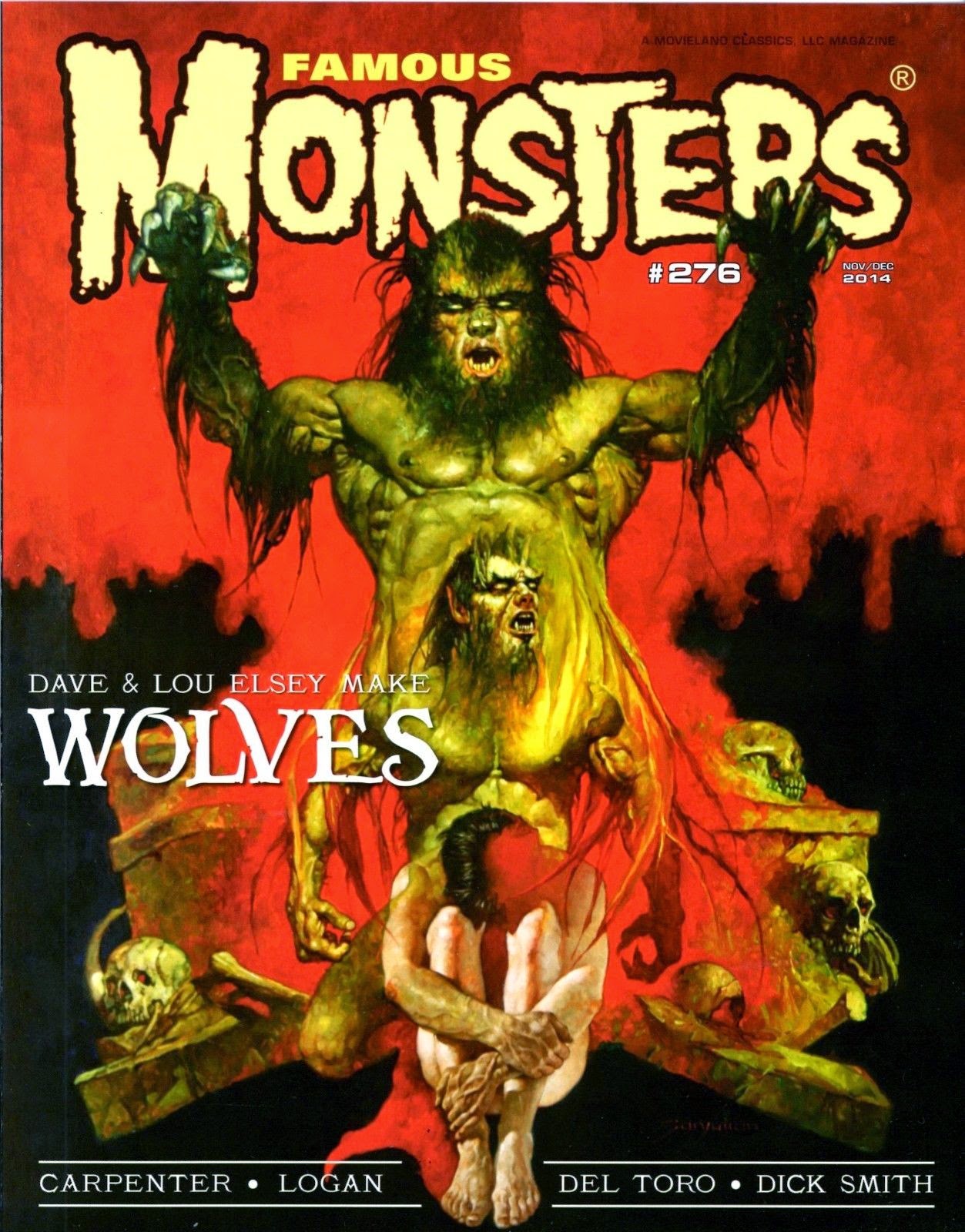 The November/December issue of Famous Monsters of Filmland (#276) contains an article by Neil McNally looking at the films made of Houdini's life. Neil covers them all -- from Curtis to Brody -- and does a really nice job. He even notes the more obscure films, such as A Night At The Magic Castle and Cremaster 2. He also kindly gives WAH a credit at the end. (Thanks, Neil.)

The issue comes in two variant covers. One features Big Trouble in Little China and the other Wolves. I grabbed a Wolves cover from the awesome Creature Features in Burbank, who also sell on eBay. You can also buy from Captain Company.

This marks Houdini's second appearance in this classic monster mag. The first was an article about the Final Houdini Seance in issue #214 back in 1996. 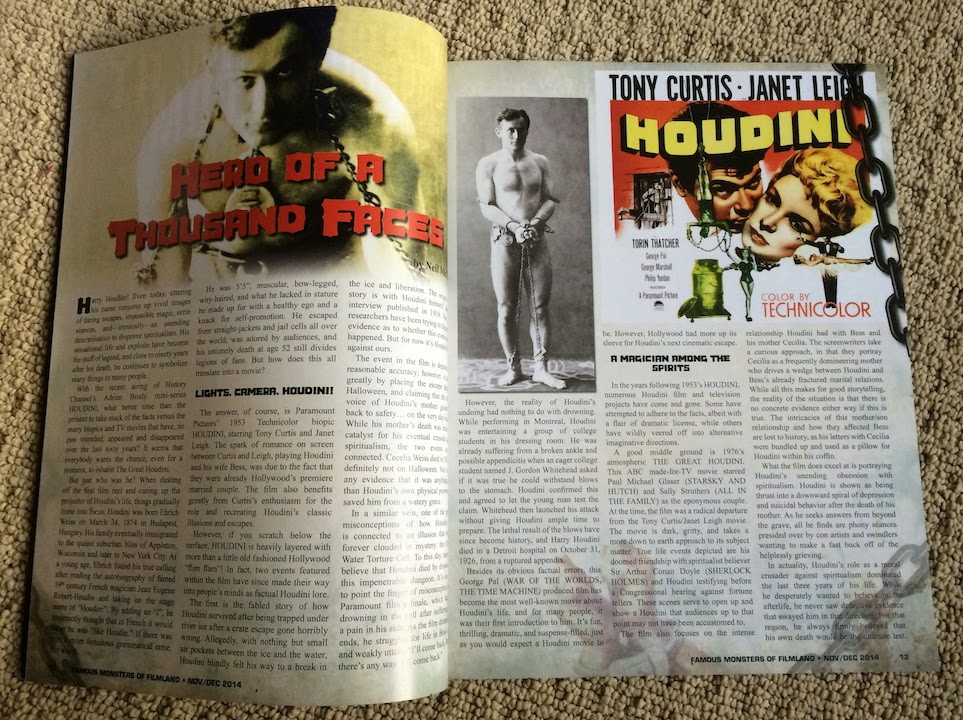 Email ThisBlogThis!Share to TwitterShare to FacebookShare to Pinterest
Tags: A Night At The Magic Castle (1988), Biopics, Houdini (1953), Magazines, Movies, The Great Houdinis (1976)