Larry Weeks, the man who called himself "Houdini's biggest fan," passed away on October 13 at age 95. He will be buried tomorrow, October 24, at Machpelah Cemetery in Queens, not far from Houdini's grave just as he wished. 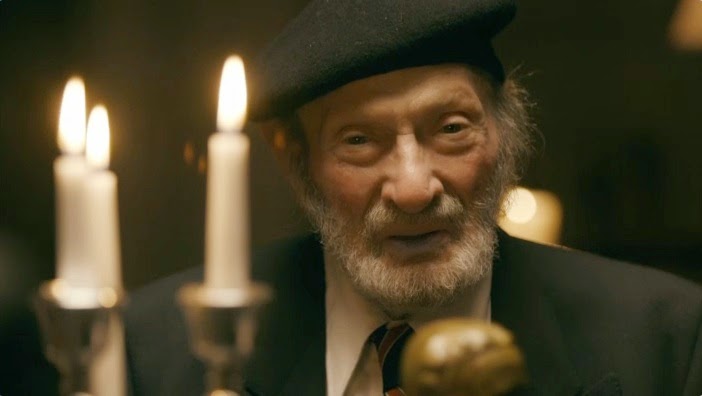 Larry Weeks was born Lester Fulton Weeks on September 24, 1919 in Salem, Massachusetts. His family moved to New York where at age 10 Larry developed a talent for juggling. He performed a popular juggling act called "Juggling For Fun" in vaudeville and nightclubs in New York, Boston, and Montreal. Larry served in World War II where he performed as part of Irving Berlin's USO show, This Is the Army, and later appeared in the film version. He appeared on the cover of Genii in September 1958.

A lifelong Houdini fan, Larry amassed one of the great Houdini collections, including most of Houdini's surviving film work. He was a regular at the Official Houdini Seances and appeared earlier this year in the ITV documentary The Magic of Houdini with Alan Davies in which he spoke about seeing Houdini as a boy.

A memorial service is being planned for next month.

Thanks to Dorothy Dietrich and Dick Brookz for this sad news.
Written by John Cox at 10:04 AM