Larry Weeks, who passed away this month at age 95, was a regular at the Official Houdini Seances. Now seance organizer William Radner sends over this photo of Larry, Dorothy Young, and Sidney Radner taken at the New York seance several years ago. 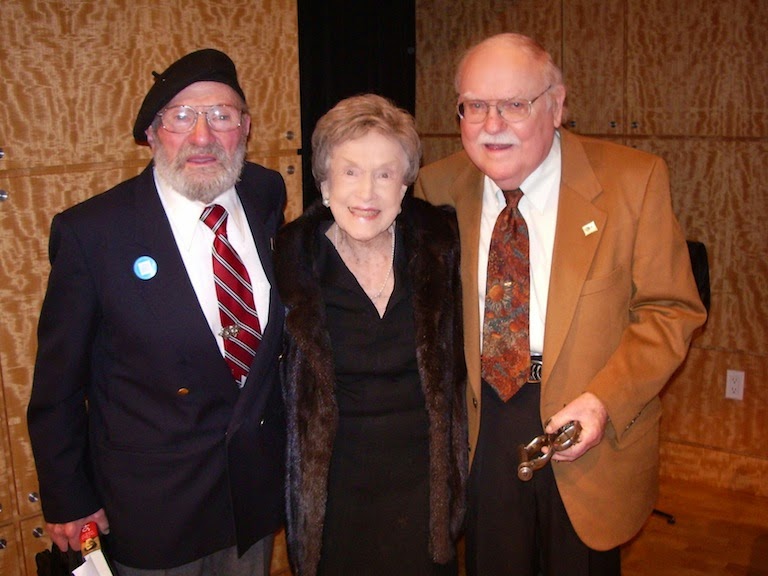 Says Bill, "The recent death of Larry Weeks along with Dorothy Young and my father in 2011 is a real loss to the world of Houdini followers. The "Official Houdini Séance" will dearly miss the last living Houdini enthusiast that actually remembered seeing him perform when he was only four years old. Over the last half century he has been a loyal Houdini Inner Circle Séance Member who has attended a good majority of the east coast events. He always added something special and was a great story teller who could captivate an audience. Tom Boldt and I, along with Fred Pittella, will most certainly give tribute to Larry in the upcoming Official Houdini Séance in Danvers MA next Friday."

The 2014 Official Houdini Seance will be held at Glen Magna Farms in Danvers, MA, the country estate owned by the Danvers Historical Society. Click here for full details.
Written by John Cox at 8:55 AM