Time out for Hardeen

Houdini wasn't the only Weiss to star in movies. Here's an ad from the July 7, 1937 Abilene Reporter News for the Errol Flynn feature Green Light. Note the "Added Attraction" at the bottom of the page. 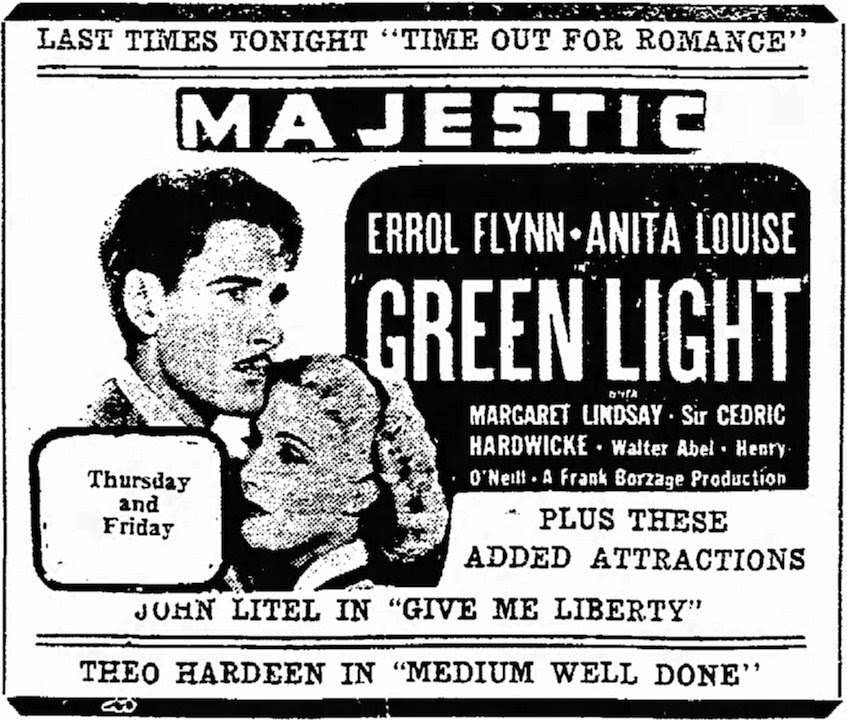 Shot in 1936, Medium Well Done was a one-reel Vitaphone short (Prod. #1958) directed by Lloyd French. In it, Hardeen played a "hardboiled detective" on the case of a bogus medium. The film co-starred Gertrude Mudge, Margaret Breen and Paul E. Burns, and featured the Leo Forbstein songs "Racing Luck" and "Alibi Ike" as background music. The surviving story synopsis from a Vitaphone catalogue reads:


While Medium Well Done is the only Hardeen short that we know of, there is some evidence that he made others. Click to read more about: The forgotten films of Theo Hardeen.