Nick Meyer and "the era of nitpicking" 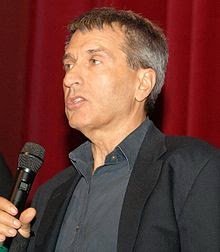 Last Thursday screenwriter Nicholas Meyer and a selection of (friendly?) journalists attended a "promotional seance" at the Magic Castle in Hollywood to get the word out about the release of Houdini on DVD and Blu-ray October 7.

BuzzFeed's Ariane Lange has posted a full and funny account of the evening: I Went To A Promotional Séance And It Was Bizarre. Lange writes that Meyer -- "a man who is exceedingly comfortable holding forth" -- did comment on the criticism that Houdini wasn't historically accurate, saying that "it was silly to think dramatized historical movies would be factually accurate." A reporter identified only as Damon concurred, saying that, "We're in the era of nitpicking."

The medium that night was Rob Zabrecky, one of the best all around working magicians today. But if I read this report right, Meyer said he was "bored" by the magic. But maybe he was making a joke. Maybe you had to be there.

Which makes me wonder; why wasn't I there? Oh yeah.