The star of the show

I'm happy to report that last night's "Houdini in Hollywood" event at Hollywood Heritage Museum was a resounding success! We had a standing room only crowd, and I really think everyone enjoyed all aspects of the evening; from my talk, to Jim Steinmeyer's appearance, to the raffle and screening of Terror Island. I'll have a full report with pics up in a few days, but I didn't want to leave you all in suspense about our mystery display item -- the real star of the show -- so here it is: 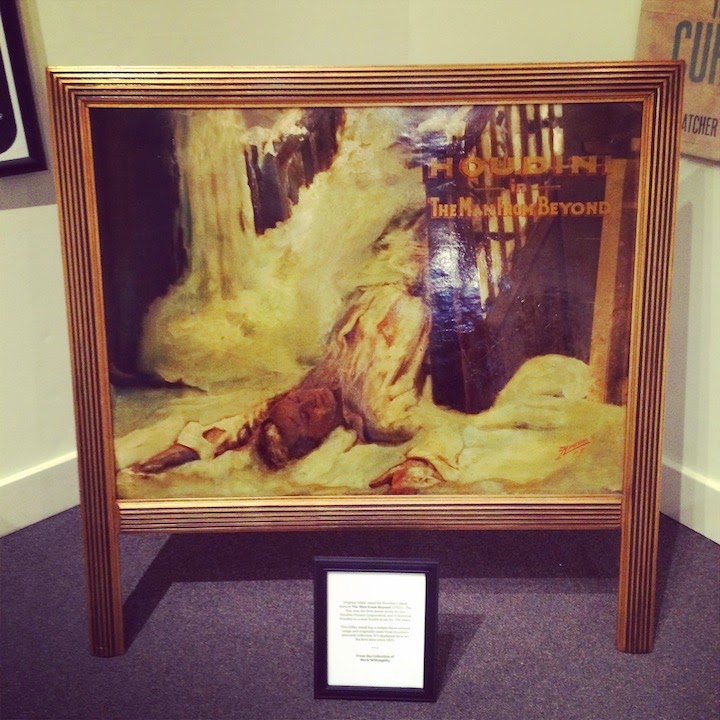 Original lobby stand for Houdini’s silent feature The Man From Beyond (1922). The film was the first made for the Houdini Picture Corporation and featured Houdini as a man frozen in ice for 100 years.

This lobby stand has a unique hand painted image and originally came from Houdini’s personal collection. It is displayed here for the first time since 1922.

From the Collection of Mark Willoughby


Thanks to everyone who showed up last night. It was indeed a glorious return to Hollywood for Harry.

UPDATE: When Houdini returned to Hollywood.
Written by John Cox at 7:02 AM

Email ThisBlogThis!Share to TwitterShare to FacebookShare to Pinterest
Tags: Events, Hollywood, Houdini in Hollywood (talk), Lectures, Movies, Private collections, The Man From Beyond (1922)