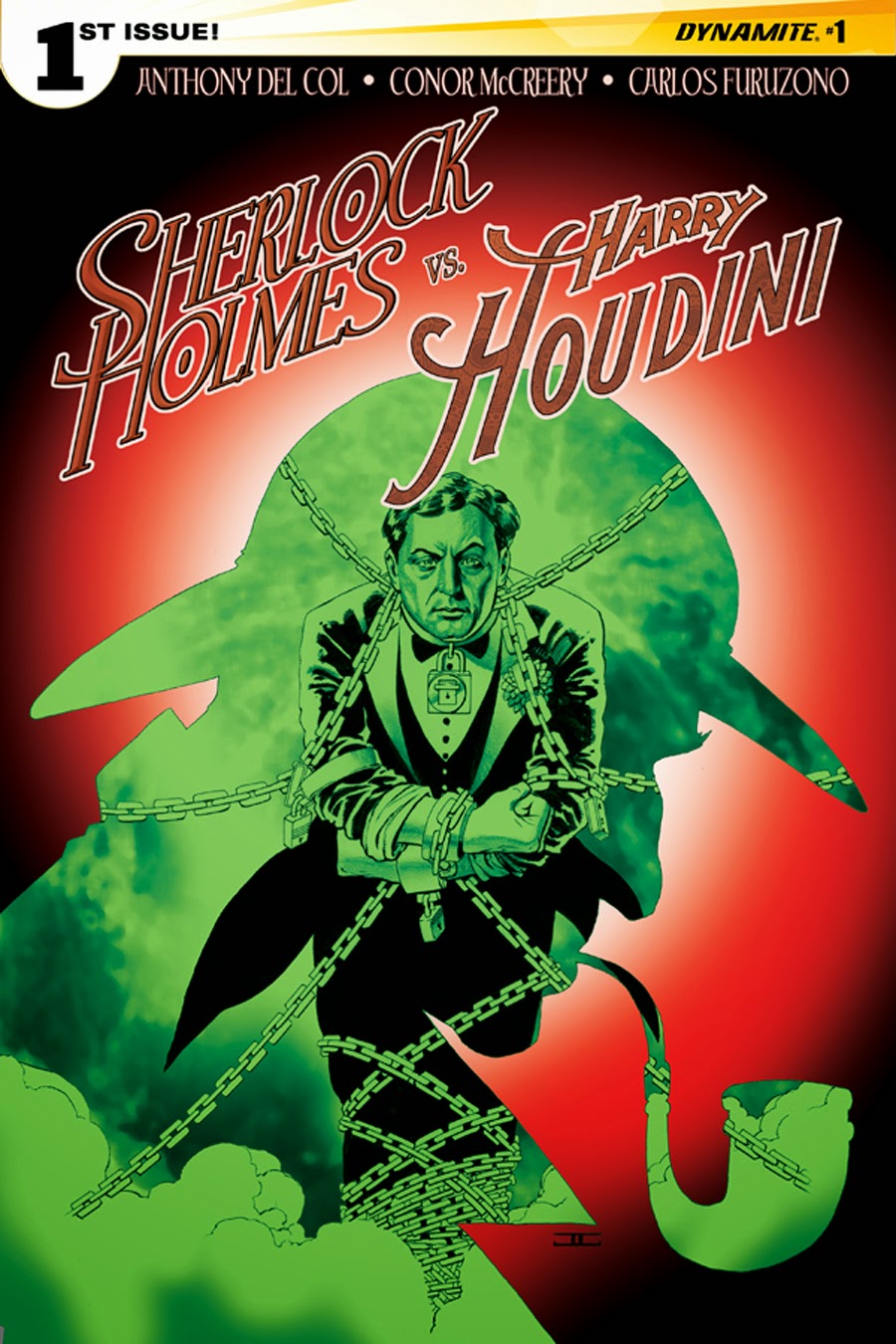 Yesterday was a monumental day for Sherlock Holmes fans everywhere, and not (just) because it saw the release of the first installment of Dynamite's new Sherlock Holmes vs. Harry Houdini graphic novel series by Anthony Del Col and Conor McCreery.

Yesterday it was announced that the long-lost 1916 silent feature Sherlock Holmes starring William Gillette -- the first great stage Holmes and the Sherlock of Houdini's day -- was discovered in France. You can read all about it on my favorite Holmes website, I Hear of Sherlock Everywhere.

Gives one hope that a second print of The Grim Game could still turn up one day, eh?

As far as Sherlock Holmes vs. Harry Houdini #1 is concerned, you can find that more easily at the Dynamite website and on Amazon. Also know this first issue is released with four different covers. The other three covers are below. A fifth variant was released as an exclusive at the NY Comic Con.