The New Republic is celebrating its 100th Anniversary by posting memorable articles from its past, including a June 24, 1925 piece about Houdini by Edmund Wilson. Wilson was a major literary figure and was also interested in magic. (He later reviewed Houdini His Life Story.) Edmund's opening paragraph gives one of the best physical descriptions of Houdini I've ever read. I've excerpted it below: 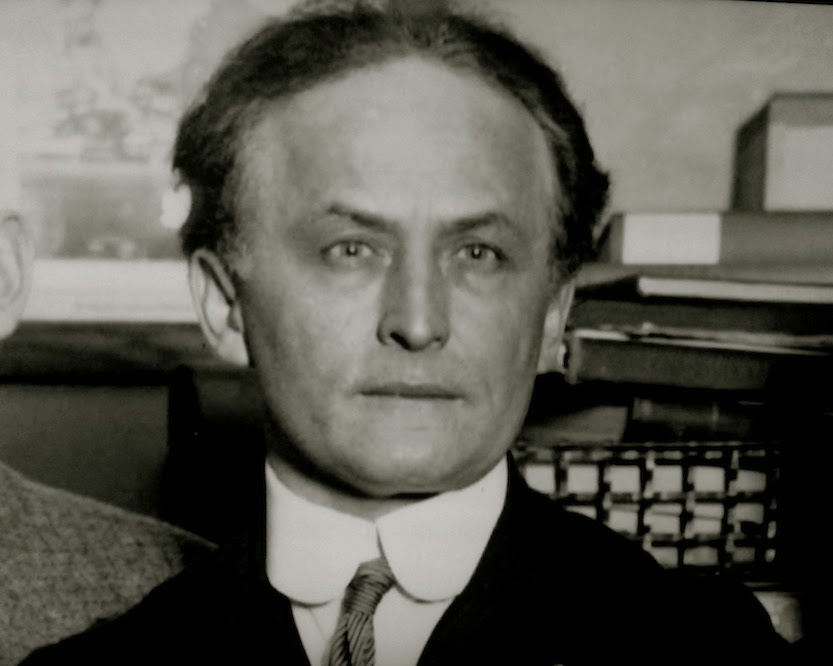 Houdini is a short strong stocky man with small feet and a very large head. Seen from the stage, his figure, with its short legs and its pugilist's proportions, is less impressive than at close range, where the real dignity and force of his enormous head appear. Wide-browed and aquiline-nosed, with a cleanness and fitness almost military, he suggests one of those enlarged and idealized busts of Roman generals or consuls. So it is rather the man himself than the showman, the personality of the stage, who is interesting. Houdini is remarkable among magicians in having so little of the smart-aleck about him: he is a tremendous egoist, like many other very able persons, but he is not a cabotin. When he performs tricks, it is with the directness and simplicity of an expert giving a demonstration and he talks to his audience, not in his character of conjuror, but quite straightforwardly and without patter. His professional formulas—such as the "Will wonders never cease!" with which he signalizes the end of a trick—have a quaint conventional sound as if they had been deliberately acquired as a concession to the theatre. For preeminently Houdini is the honest earnest craftsman which his German accent and his plain speech suggest—enthusiastic, serious-minded, thoroughgoing and intelligent.

Click here to read the full article at The New Republic

Thanks to Eric Fry for the link and info on Edmund Wilson.
Written by John Cox at 6:30 PM